The California Department of Resources Recycling and Recovery, known as CalRecycle, is a department within the California Environmental Protection Agency.

CalRecycle provides training and ongoing support for Local Enforcement Agencies, which regulate and inspect California’s active and closed solid waste landfills, as well as materials recovery facilities, solid waste transfer stations, compost facilities, and more. The permitting and inspection processes help CalRecycle fulfill its mission to protect the health and safety of Californians and the environment.

CalRecycle has a budget of approximately $1.4 billion, including the $1.1 billion Beverage Container Recycling Fund, and receives no money from the state’s tax dollar-supported General Fund. Other funding comes from recycling fees on new electronics, tires, and used oil, and disposal fees charged by landfills. Much of this money is returned to the economy through payments and grants to industry and local jurisdictions in support of waste reduction, recycling, and safe disposal efforts, and the remainder covers Cal-Recycle’s annual operating budget.

A generation ago, Californians embraced a recycling ethic based on the desire to reduce litter, conserve natural resources, and cut our reliance on landfills. Today, we are also focused on recycling as a central component of the state’s effort to combat climate change.

In 2006, the Legislature passed California’s Global Warming Solutions Act (AB 32, Pavley, Chapter 488), which requires California to reduce it’s greenhouse gas emissions to 1990 levels by 2020—a reduction of approximately 15 percent below emissions expected under a “business as usual” scenario. As a testament to the progress California is making, the state met this goal early in 2016. The AB 32 Scoping Plan also established the Cap-and-Trade program, which in turn funds the California Climate Investments program and several CalRecycle grants. The same year, Governor Brown signed SB 32, which expounds upon AB 32 by requiring a reduction in greenhouse gas emissions to 40 percent below the 1990 levels by 2030.

In 2011, the Legislature and Governor Brown set an ambitious goal of 75 percent recycling, composting, or source reduction of solid waste by 2020, calling for the state and CalRecycle to take a statewide approach to decreasing California’s reliance on landfills (AB 341, Chesbro, Chapter 476). AB 341 also established mandatory recycling for most California commercial businesses and multi-family residential buildings with five or more units. This represents the next evolutionary phase of waste management in California: an approach that makes current landfill diversion programs equal partners with materials management program to achieve the highest and best use of all materials in California.

State of Recycling in California

In 2016, California generated 76.5 million tons of solid waste and sent about 35.2 million tons to landfills, which translates to a per capita waste disposal of 6.0 pounds per person per day. California has some of the nation’s most successful recycling and product-reuse programs, and as defined within the state’s Integrated Waste Management Act of 1989 (IWMA), diverted an estimated 63 percent of its solid waste from landfills in 2016.

With respect to the state’s goal of recycling 75 percent of its waste, CalRecycle uses a recycling-rate calculation that removes from the equation certain materials and activities currently counted as “diversion,” which includes green waste used as alternative daily cover at landfills and solid waste used as fuel. Using that calculation, the recycling rate for 2016 was 44 percent. That is well above the U.S. EPA-calculated national recycling ratePDF download of 34.6 percent.

Although California has made significant progress from a time when we landfilled most of our solid waste, we need to develop more solutions to reduce waste and recover recyclable materials by addressing things like plastic packaging (about 25 percent of the waste stream) and food waste (about 18 percent of the waste stream). Recently, California voters and the Legislature passed Proposition 67/SB 270, which established a ban on single-use carryout bags to help reduce waste throughout the state. In addition to these efforts, California needs to develop more domestic recycling capacity, as the state has relied too heavily on a collect/sort/export recycling model. 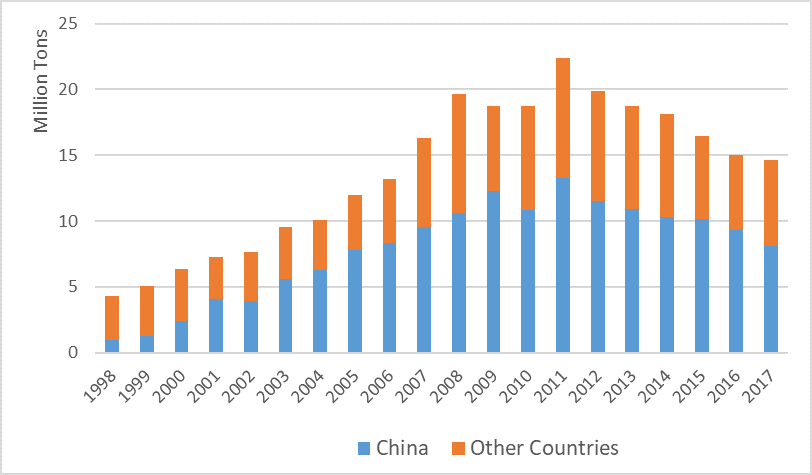 In 2016, California collected 44 percent of its solid waste for recycling and exported about two-thirds of that material to foreign countries for recycling and remanufacturing. This reliance has made California (and many other states and nations) vulnerable to fluctuating global commodity markets. In 2016, we exported 15 million tons of recyclable materials and 62 percent of that material was shipped to China. In 2017, China announced National Sword, which banned 24 recyclable materials from entering the country (including unsorted mixed paper and plastic), limited contamination to .5 percent, and increased enforcement inspections. Other Southeastern Asian countries have introduced similar import bans to aim for cleaner materials. As a result, solid waste facilities and transfer stations in California are having a hard time moving once easily exported materials. The need for a robust domestic recycling infrastructure has never been more relevant.

CalRecycle is working to meet the challenges of an ever-evolving global marketplace by engaging with stakeholders and continuing to offer technical assistance, product marketing, and funding opportunities to assist public and private entities in the safe and effective management of the waste stream through our Recycling Market Development Zones and Grants and Loans programs.

In 2016, organic waste, which directly contributes to climate change in California, comprised about a third of our waste stream. In order to combat climate change and meet our legislatively mandated goal of 75 percent recycling, California must divert organic materials from the waste stream and into beneficial re-use.

To support that effort, the Legislature passed AB 1826 in 2014, which established mandatory organics re-cycling for most commercial businesses (AB 1826, Chesbro, Chapter 727).

In an effort to further the vision of AB 32, Governor Brown identified key climate change strategy pillars in his January 2015 inaugural address. In 2016, Governor Brown signed SB 1383 into law directing the California Air Board and CalRecycle with addressing short-lived climate pollutants, the fifth pillar of California’s Climate Strategy. 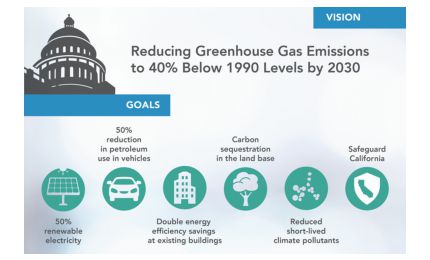 SB 1383 establishes establishing methane emissions reduction targets in a statewide effort to reduce emissions of short-lived climate pollutants (SLCP) in various sectors of California’s economy (Lara, Chapter 395, Statutes of 2016). As it pertains to CalRecycle, SB 1383 establishes targets to achieve a 50 percent reduction in the level of the statewide disposal of organic waste from the 2014 level by 2020 and a 75 percent reduction by 2025. The law establishes an additional target that not less than 20 percent of currently disposed edible food is recovered for human consumption by 2025.

When landfilled, organic waste—materials such as leaves, grass, agricultural crop residues, and food scraps—generates methane, a super pollutant with a heat-trapping effect about 80 times greater than carbon dioxide. The good news is that organics are readily recyclable into soil amendments like com-post, mulch and liquid fertilizers, and also into biofuel, a renewable natural gas. This is already happening across California, but because organics is such a large portion of our waste stream (about a third), we need to do more. Food waste alone accounts for about 18 percent of landfill disposal, and we can reduce that percentage by increasing food waste prevention and edible food rescue. 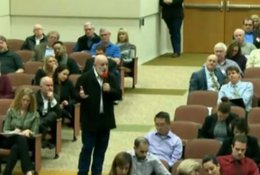 As part of CalRecycle’s commitment to maintain transparency in decision making and program development, the department conducts a public meeting on a monthly basis. The meeting provides an overview of CalRecycle’s ongoing department projects and work activities and an opportunity for the department to receive public comments and inquiries.
Learn More

CalRecycle is committed to stakeholder involvement and frequently holds workshops that provide opportunities for stakeholder input. 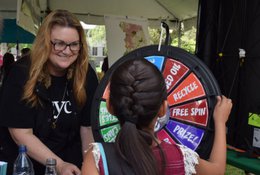 CalRecycle engages with industry stakeholders and local government leaders at conferences and seminars. Our staff also engages with the public at various environmental awareness days throughout the year.
Learn More 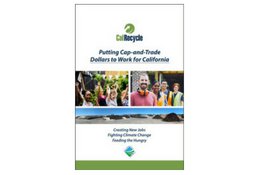 CalRecycle’s online publications catalog offers access to hundreds of publications published by CalRecycle and its predecessor, the California Integrated Waste Management Board. CalRecycle encourages the public and private use of its materials to further promote the goals of recycling, waste reduction, product reuse, and safe disposal.

CalRecycle was created January 1, 2010, through legislation merging the programs of the former California Integrated Waste Management Board, which was disbanded Dec. 31, 2009, and the beverage container recycling program that was previously managed by the California Department of Conservation.

The Integrated Waste Management Board was created as part of the Integrated Waste Management Act, commonly referred to by its legislative moniker, AB 939 (Assembly Bill 939), which also established California’s jurisdiction waste diversion requirements. It was preceded by the part-time Solid Waste Management Board, which was created in 1972 to exercise broad authorities, including permitting and enforcement oversight of waste handling facilities. Preceding AB 939 the board – and the state’s – focus was primarily on managing the disposal of waste in landfills; AB 939 ushered a new period of sustainability in California that continues to this day, with a premium on waste prevention and reuse of discards to reduce the volume of material disposed of in landfills.

At the time of AB 939’s enactment, California was only diverting about 10 percent of its discards from landfills. In the years since, behavior change, recycling infrastructure expansion, market-based opportunities and subsequent laws to incentivize recycling, have fueled dramatic progress and made California’s program a national model.

Perhaps the most consumer-facing aspect of CalRecycle’s mission is the state’s Beverage Container Recycling Program, established by enactment in 1986 of Assembly Bill 2020, often referred to as the state’s “bottle bill.” The law incentivizes the collection and recycling of aluminum, plastic, and glass beverage containers through California Redemption Value (CRV), a fee paid at the point of purchase and refund-able when empty containers are taken to any of more than approximately 1,600 CalRecycle-certified redemption centers statewide. CRV is 5 cents on containers less than 24 ounces, 10 cents on containers 24 ounces or larger. Most beverages are included in the program, with the notable exceptions of milk, wine, distilled spirits, medical foods, infant formula, 100 percent vegetable juice in containers larger than 16 ounces, and 100 percent fruit juice in containers 46 ounces or larger. At present, some 23 billion bottles and cans sold in California each year are subject to CRV, and more than 80 percent of them have typically been returned for recycling in recent years. More than 300 billion beverage containers have been returned for recycling since the program’s inception.