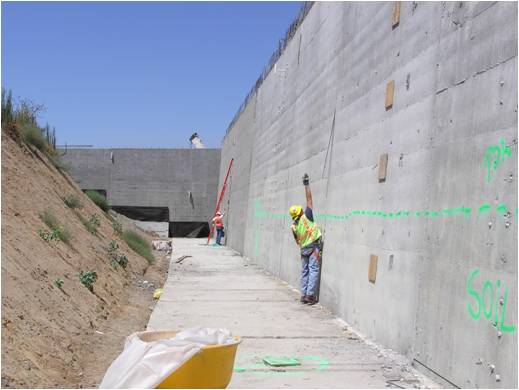 The California Integrated Waste Management Board (CIWMB) (now the Department of Resources Recycling and Recovery, or CalRecycle) partnered with the California Department of Transportation (Caltrans) to conduct two retaining wall pilot projects.

Both Walls 119 and 207 were Type 1 retaining walls that had been specified as part of the widening project for Route 91. Though the joint venture between Caltrans and the CIWMB, Wall 119 was constructed in 2003 and Wall 207 was constructed in 2006. Both projects used tire-derived aggregate (TDA)  as an alternative to a conventional soil backfill material.

To prevent soil infiltration into the TDA, a geotextile wrap was incorporated into the TDA placement. Two feet of cover soil was placed over the TDA backfill.

The purpose of these projects was to demonstrate that the soil pressure exerted on a retaining wall could be reduced by 30 percent by placing TDA as a lightweight backfill material behind the wall. Both projects used TDA as a backfill material behind a standard Type 1 retaining wall. Monitoring instruments were installed in the walls during construction and measurements were taken to determine the reaction of the wall as compared to a typical retaining wall constructed with soil backfill.

The pilot project demonstrated that by using the TDA backfill, the pressure on the wall is reduced thereby allowing for an alternate wall design to be used which uses less concrete and/or steel and significantly reduces construction costs.

Both walls were constructed with four instrumentation measurement stations that included stress/strain gauges, pressure sensors, temperature sensors and tilt meters. Three stations measure TDA-related values and the fourth station measures soil values as a comparative data point. Data loggers record the data from the instruments which is later down loaded to a laptop computer for analysis. 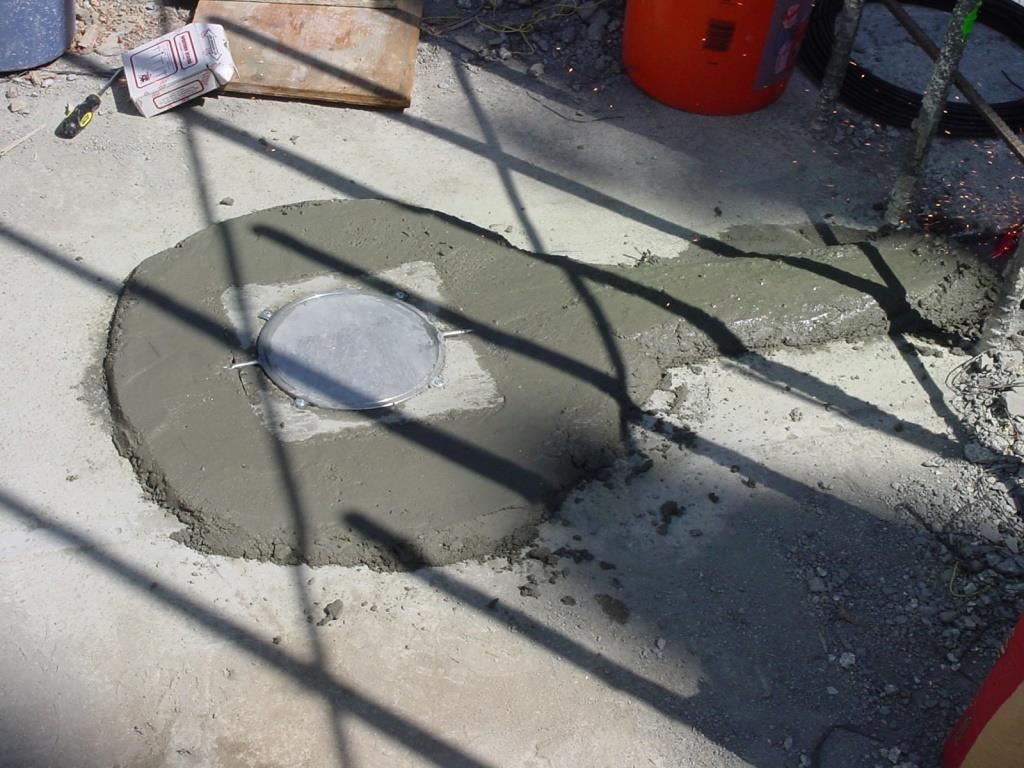 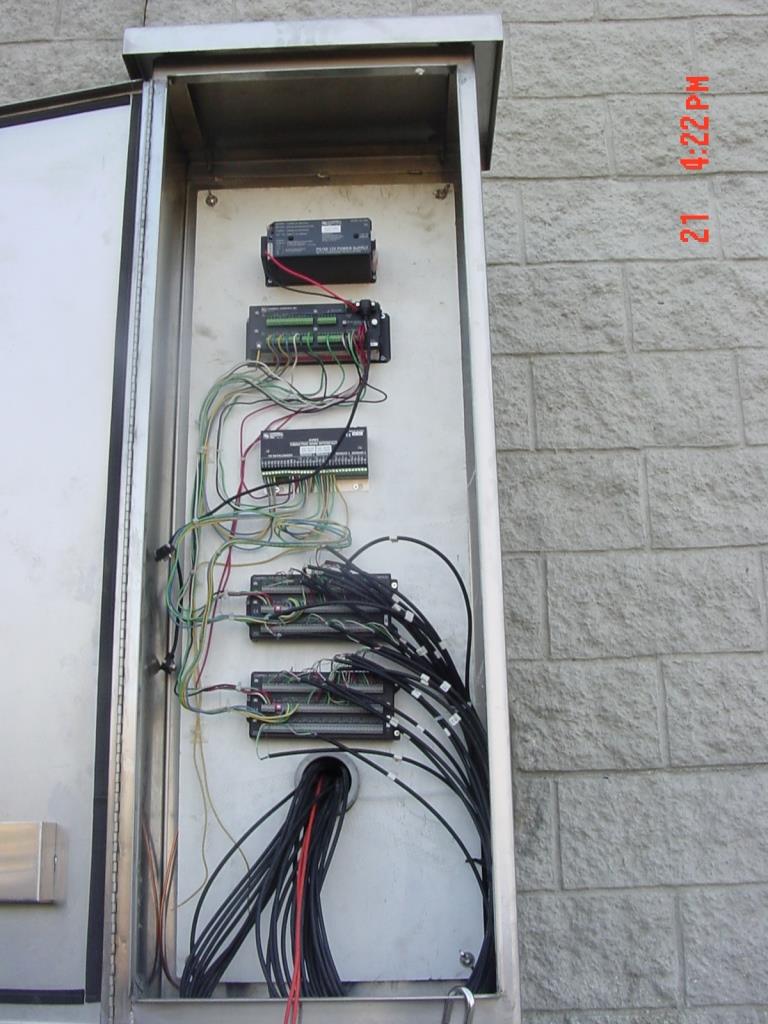 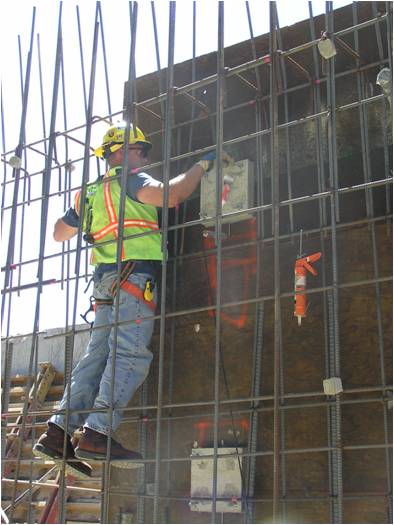 The temperature sensors were installed directly into the TDA approximately three feet from the wall and at three different heights in order to monitor the temperature of the TDA fill.

Four tilt meters were installed along the exterior side of the retaining walls (opposite from the backfilled side).

Before placement of TDA began, an eight-ounce, non-woven geotextile fabric was placed on the subgrade and the cut slope. As the TDA was installed, the edge of the fabric along the cut slope was also raised until the TDA installation was complete. This secured the fabric on the subgrade and up the cut slope, ensuring that the soil was separated by the geotextile from the TDA. Before the cover soil and final two feet of TDA was placed, another geotextile piece was installed along the backfill side of the wall for anchorage. 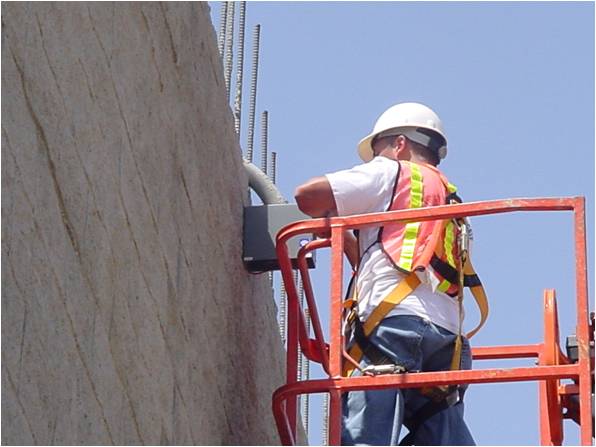 Tilt meter being installed in wall.

For the Wall 119, about 837 tons of TDA were placed at an approximate rate of 90 tons per working day. The TDA was transported in 40-foot walking floor trailers. After each one-foot lift was placed (approximately 2-3 truckloads), the material was then compacted with a 10-ton smooth-drum vibrating roller. A minimum of six passes by the compactor were observed and recorded by the onsite construction manager. 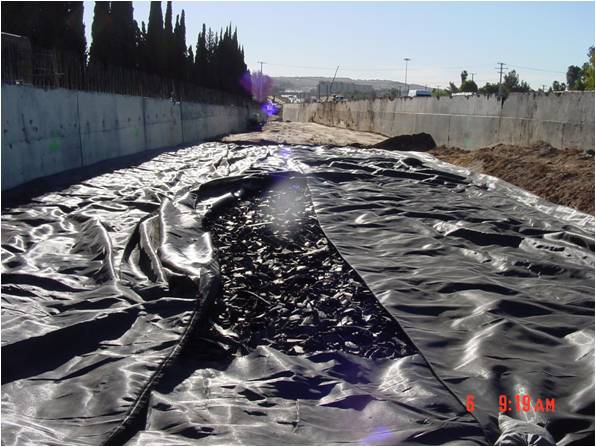 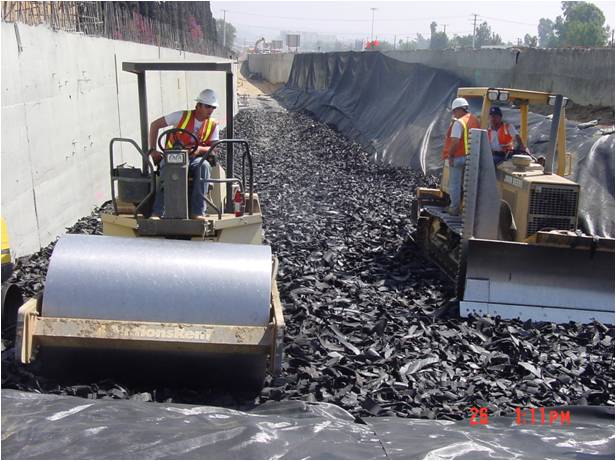