The vibration produced by the operation of rail rapid transit systems and railroads as measured at nearby buildings is significantly less than that required to damage a building, but can still be very annoying.

Reducing ground-borne vibration for rapid transit tracks usually takes the form of some type of “soft” or “special” track fastener, or a type of isolation system built under or incorporated as part of the track structure. The two types of track isolation systems most similar to the use of tire-derived aggregate (TDA) as an isolating medium are the ballast mat and the very costly floating slab track bed. Due to the large abundance of scrap tires which can be transformed into an energy-absorbing TDA material, an investigation was undertaken to determine the vibration attenuation properties of TDA and how TDA could be used to help attenuate ground-borne vibration.

In 1999-2000 two field tests were performed to determine the vibration attenuation and damping properties of TDA for potential use beneath rail lines and other applications. 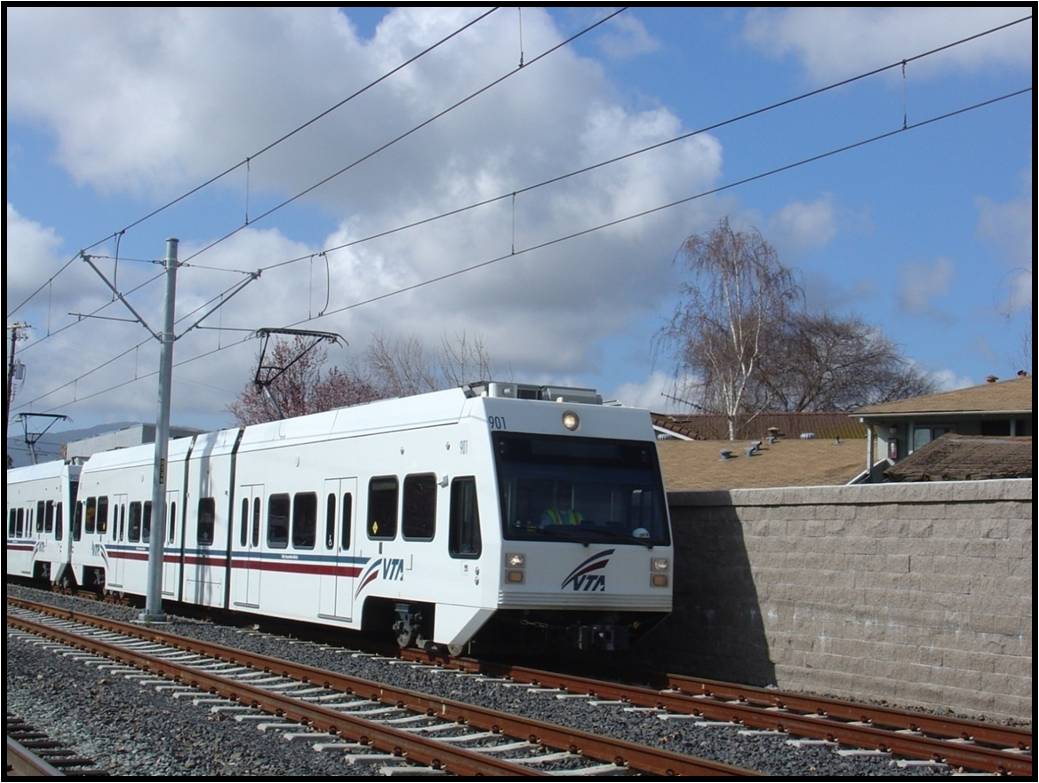 These tests confirmed that the use of a one-foot thick layer of tire shreds located beneath the sub-ballast, ballast layers and ties of a light rail track section was an effective vibration mitigation measure. The effectiveness of this new technology fell between that of a conversional ballast mat section and that of a floating slab track bed. Based on these findings, the Valley Transit Authority (VTA) in San Jose chose to construct four sections of track, nearly 3000 feet, with the new TDA vibration mitigation underlayment, during its Vasona Light Rail Extension Project in 2001. 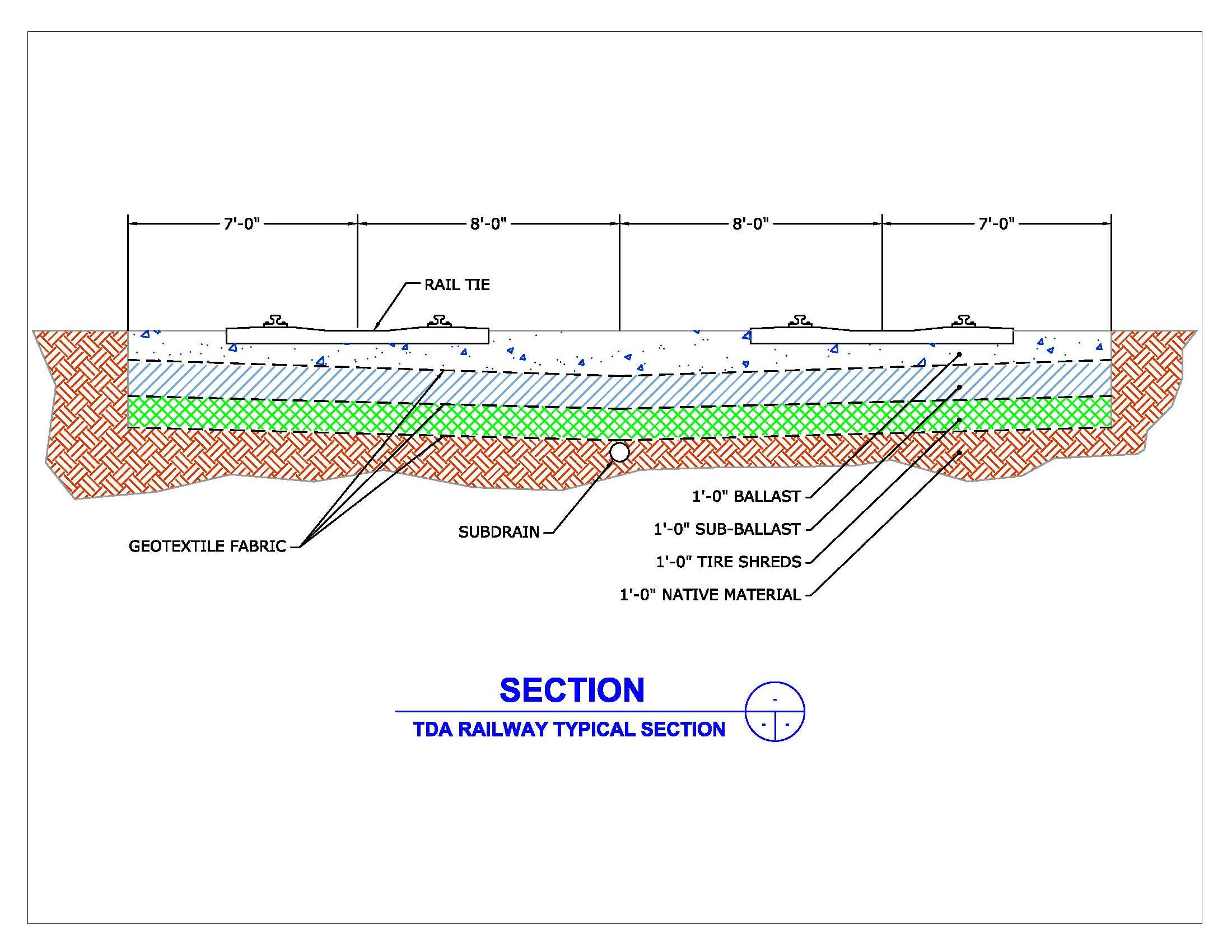 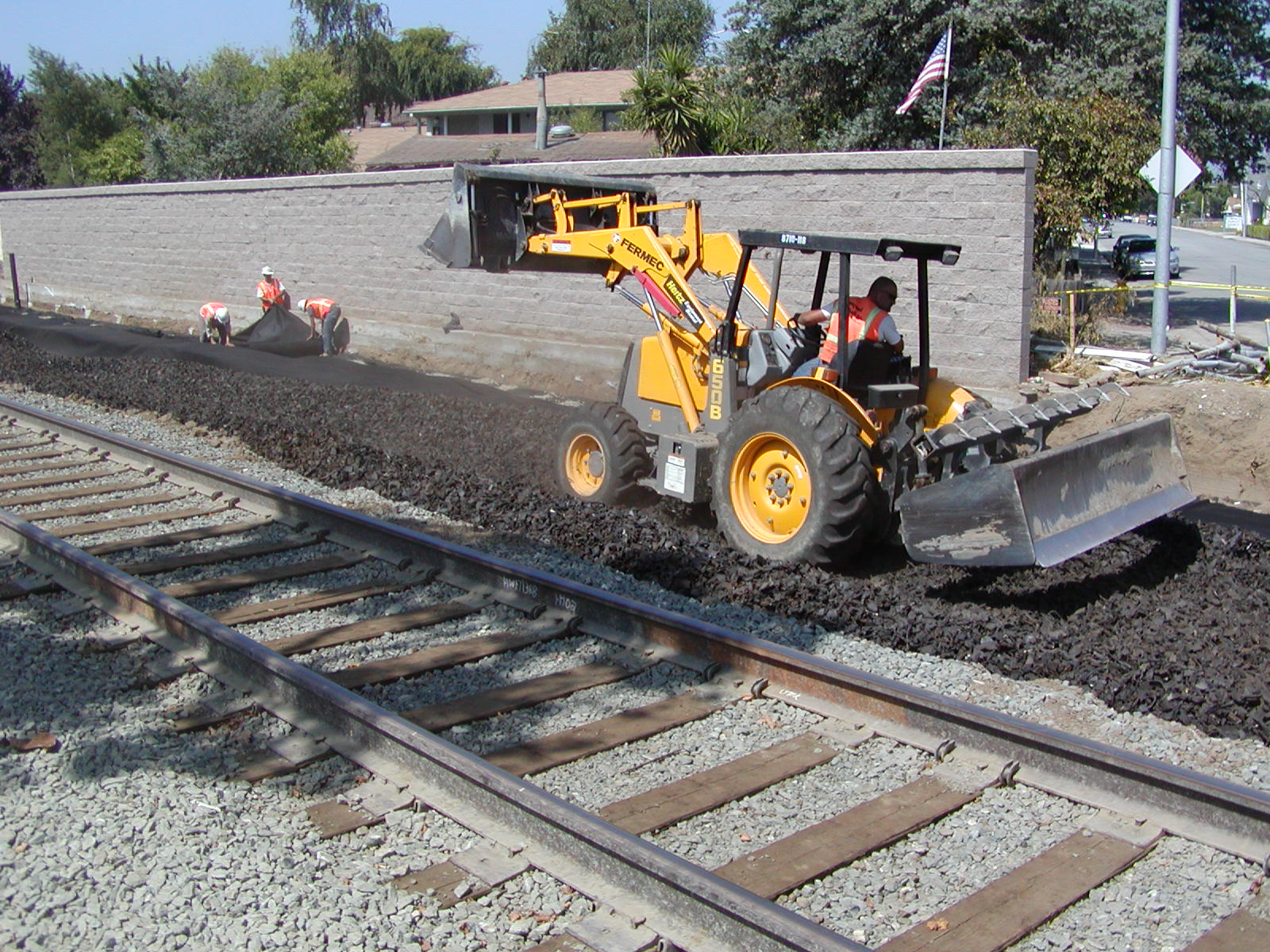