In this landfill application tire-derived aggregate (TDA) has been used in the landfill gas collection trenches. The landfill gas collection system used the same pipe that would normally be used. However, instead of using rock aggregate, Type A TDA was called out as a replacement. Installation began with the excavation of a 3-by-3-foot trench into existing waste; the waste was immediately relocated to the active landfill area.

The TDA was covered with a geotextile material and cover soil was placed to fill the remaining portion of the trench. 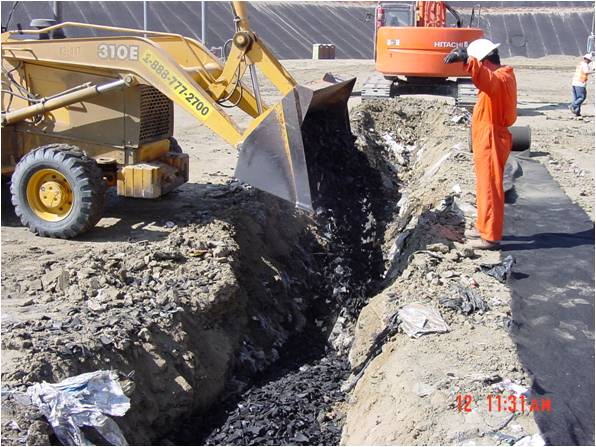 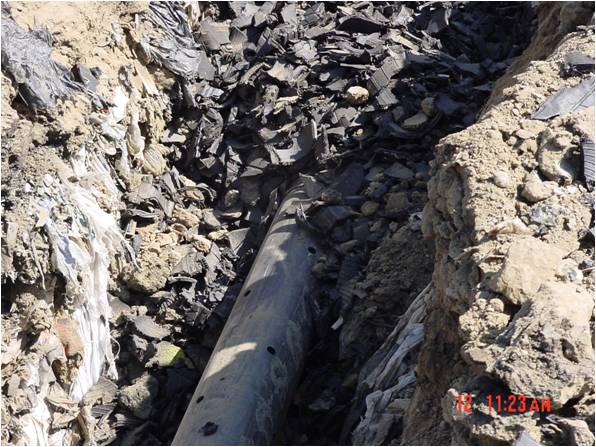